Doyens of Marketing & Advertising: Top 5 Game-changers in the Industry

The integrated marketing communications industry in Nigeria has witnessed a significant turn of events over the years. These numerous changes have helped the industry grow into a haven of creativity and innovations. And these changes have been interesting to watch.

In this article, we look at – in no particular order – some of the game-changers in the industry. While the marketing communications industry boasts of an inexhaustible list of heavyweights, these selected few are doyens who have made indelible impacts and continue to serve as inspiration for ad men in general.

Alexander Orakwusi is an award-winning marketing communications expert with over 10 years of experience in the industry. Orakwusi started his career in advertising in 2008 as a copywriter with ZK Advertising after moving back to Nigeria from the UK where he had a brief stint in public relations.

Throughout his career, Orakwusi has worked on several award-winning campaigns that have shaped the state of advertising and marketing in Nigeria. He founded his agency, Dolorem & Ipsum Creative Solutions in 2016 and is currently a mentor at Tony Elumelu Foundation. Orakwusi’s standout contributions over the years make him relevant in the league of game-changers in the industry.

The name Ndukwe Onuoha rings a bell in some quarters as a poet. However, he is by no means just a poet. Ndukwe Onuoha has made significant contributions in the marketing and advertising industry to have his name mentioned where it matters.

As a copywriter and creative director, Ndukwe has a number of awards under his belt. To his credit, several brands have been able to successfully penetrate their target markets. His brilliant copywriting skills have been useful for agencies such as 141 Worldwide, SO&U, Noah’s Ark, and Yellow Brick Road.

A graduate of Arts & Design from The Polytechnic Ibadan, Ademosu’s foray into PR and advertising started as an undergraduate where he served as the Public Relations Officer for his faculty. He also received the “Best Student in Advertising Award” alongside a job offer in 2000.

In 2003, Ademosu landed his first managerial position in the ad industry as Senior Executive with Brand Believers where he brought to life creative ideas for several brands. He is currently the Creative Director for Bluebird Communications Limited.

A unicorn on this list, Bola Atta is no stranger to the marketing communications industry, winning the enviable  Outstanding Corporate Communications Personality of the Decade at the 8th edition of the Marketing Edge Annual National Marketing Summit of Brands & Advertising Excellence Awards held in 2021.

Bola Atta cut her teeth in the industry with her MBA major in Marketing which she completed at Duquesne University in 1991. Throughout her career which spans over two decades, she has worked as Program Manager for M-Net West Africa, Executive Producer of Africa’s Next Top Model, and Editor-in-Chief of True Love West Africa Magazine.

She is currently the Executive Producer of RED TV and was also awarded the Best Marketing Professional in West Africa in 2017.

Rotimi Bankole is the Founder and CEO of SBI Media Group. An astute media strategist and planner with a career spanning over a decade, Bankole has steered the affairs of several marketing campaigns since the inception of SBI Media Group in 2013.

Bankole’s admirable feats in the marketing and advertising industry easily earn him a spot on this list.  Awarded the Media CEO of the Year in 2021 at the Marketing Edge Brands and Advertising Awards of Excellence, Bankole is also a fellow of the Nigeria Institute of Strategic Management. 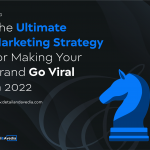 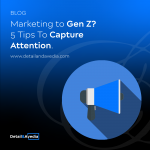