ELON MUSK: The Alien Boy Plotting a Journey Back Home

Elon Musk, this Mastermind Tycoon is a fascinating cruise to follow. It seems that he dabbles into every crucial sector of humanity and science that we can think of. Born June 28th 1971 in Transvaal, South Africa, he lived mostly with his father from the 80s after his parents’ divorce.

Elon must have learnt so much from his father who was a man of many walks; An Electromechanical Engineer, Pilot, Sailor, Property Developer and more. Apparently, this apple didn’t fall far from its tree. At age 10 Elon was known to be quite fond of computers, he learnt computer programming and started implementing his knowledge from manuals to early programming software. He attended Pretoria Boys High school, graduated and moved on to his university life where he gained two bachelor’s degree (Physics then Economics).

In 1995, Musk was accepted to a PhD program in energy physics/materials science at Stanford University in California. He dropped out of Stanford two days after to develop Zip2, a company he owned with his brother, Kimba Musk that created online city guides for newspaper publishers. Four years later, they sold the business to Compaq for $340 million.

His career journey so far shows that Elon Musk is one of the most innovative personalities of our age. A huge asset to planet Earth. He has founded: SpaceX, PayPal, Zip2, X.com, Tesla, Inc. What else are we missing? This “man” continues to push beyond the boundaries of the “average” human. One who cannot be complacent with whatever resources or accommodation provided by his environment.

Nations and world powers hire Elon Musk to get to outer space. His solar company is cash-flow positive, his electric supercars seat seven, Superheroes emulate him, he wants to die on Mars; he is the alien boy plotting a journey back home. His efforts also reveal his humanitarian side which ranged widely, from funding educational projects to helping hurricane victims in Puerto Rico. Musk’s humanitarian efforts, include his support for XPRIZE Global Learning, focused on strengthening the basic foundation of education needed in developing countries.

Musk describes his goals as providing “positive inspiration at a time when we need such inspiration. The world has reached a stage where it needs some positive challenge it could get excited about, something that helps unite humanity.” The Mars Oasis project could accomplish a great deal to bring about that, many of his projects also carry this same dream.

His influence towers far above his contemporaries so that he has become an opinion shaper in the market place. In a recent interview on ClubHouse with Vladimir Tenev, CEO of Robinhood, he changed the negative press backlash Robinhood got from their recent activity in the stock market. Here are some of the interesting tweets social media influencers in Nigeria posted after the interview;

And I agree, Elon Musk is the world’s No. 1 influencer. In this moment.

The Elon Musk main room filled in like 2 seconds. There are like 6 overflow listen rooms & they are also full.

I am watching #Bitcoin rise simultaneously as Elon Musk says “I’m a supporter of Bitcoin.” Some people have powers that used to belong to gods. It’s crazy.

The audacity of the man called Elon Musk.

In another of his many conversations, Elon Musk stated that “Some people don’t like change, but you need to embrace change if the alternative is a disaster.”  The statement echoes a reverberating message which many people- young and old, must pick out to inspire change. In short, be like this “Man”, Elon Musk is a risk-taker; he’s an innovator and dares to dream the big dreams. And he has the ‘superpowers’ to make them happen.

What Brands and Businesses Should Learn from Joe Biden’s Victory 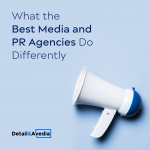 What the Best Media and PR Agencies Do Differently