The #EndSARS protests was sparked by an outrage over the death of a young man who was shot dead in Delta state. A video of the incident went viral and started a protest calling for an end to police brutality, which later metamorphosed into a movement to end bad governance in Nigeria.

The protest generated such an uproar online and offline that it opened a new chapter of activism in Nigeria. Inspiring the collective actions of young people across different socio-economic strata both at home and abroad.

According to Femi Aborisade, an editor at Review of African Political Economy (ROAPE), “The #endsars protest represents an unprecedented point in the history of popular struggles in Nigeria. I am happy to be alive to witness this period. I had thought Nigeria was incapable of producing such an inspiring, massive resistance. We have never seen anything like this before in the history of Nigeria. No other struggle had brought out tens of thousands of people in several cities across all the geo-political regions of the country, defying the guns, risking their freedom and life, declaring they are ready to die for freedom and future generations. Young people had been written off as preoccupied with the primitive accumulation of wealth. Yet with the outbreak of the #endsars movement divisions along ethnicity and religion have largely disappeared. The protests have taken a national character, involving the youths, employed and the large army of the unemployed, in virtually all states of the federation. The movement has fulfilled the long-held understanding that the outbreak of social movements and revolts cannot be mathematically calculated. If anyone had predicted that Nigeria would move at such a scale ten years ago, such a person would have been ignored as indulging in illusory thinking.”

We took a brief look at some of the areas where the protest helped to galvanize collective action.

This became a huge phenomenon during the protest that helped to further strengthen the demands and approach of young people. Professional service providers like lawyers, medical aids, digital/IT professionals, writers, storytellers, media experts, as well as street cleaners all swung into action.

This was one of the highlights of the protest. Seeing young people raise millions of naira in a matter of days was unprecedented. If protesters lacked anything during the protest, finance was obviously not one of them.

One interesting case was a lady named Jane Obiene whose image of protesting despite having one leg went viral on Twitter. Within a few hours of opening a funding account for her by Aproko Doctor (a Twitter influencer), the donation had surpassed the target to get her a new prosthetic leg worth millions of naira. And aside from getting her the leg, she also got one million Naira to start her business, as well as funding for her accommodation from the excess donation. This is just one of the many inspiring stories birthed by the #EndSars movement.

3. No known leader, but there was leadership

One major attribute of the #EndSars protests was the fact that there was no one anchor leader, yet there was leadership in terms of how young people coordinated themselves and took initiative whenever the need arose. The idea of leadership was if you see any need, take responsibility or mobilize those who have the capacity, but don’t wait for others to get things done.

This also pointed to the fact that the motivation for the movement was birthed on the inside of everyone. The movement meant something personal to everyone, and not motivated by external factors.

A good example of taking initiative was the Feminist Coalition. They recognized the need for structure in the movement and quickly rose to the occasion, fitting into the role of organizing and raising funds to sustain the protests. This quickly grew into a national network offering social services to citizens of Nigeria – including providing food, shelter, healthcare, physical security and legal aid.

The dynamic of taking initiative when there was a need also saw other groups and NGOs like Enough is Enough, SERAP, amongst others playing a key role on different fronts.

4. United Nigerians at home and in the diaspora

The movement also united Nigerians home and abroad more than ever before. One moment that heightened the unity of Nigerians during the protest was the incidence of a backlash from the government. Nigerians in diaspora helped to amplify the voice of the movement to the international community. This helped to compel the world to pay attention to what was happening in the country.

Examples of images that spoke volumes during the protest were those of Muslims praying on protest grounds, while Christians and those of other faiths forming a human shield around them. This was a major statement-making moment that affirmed the unity of the country regardless of our diversities.

This event inspired a lot of young people across the country to see that the issue was not religion as was the narrative before then but simply having the wrong people occupying leadership positions.

6. Accountability from all and sundry

For the first time, Nigerians were stunned by the level of accountability displayed by these young people, especially as it related to raising and disbursement of funds. There was a daily financial report.

In conclusion, a protest that started with different individuals airing their grievances against police brutality and sharing personal stories both online and offline soon became a unified voice of change never before seen. 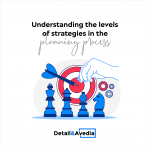 Understanding The Levels of Strategies In Planning Process 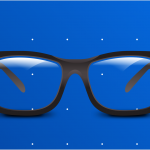 The Policy Maker and the Increasing Demands for Accountability